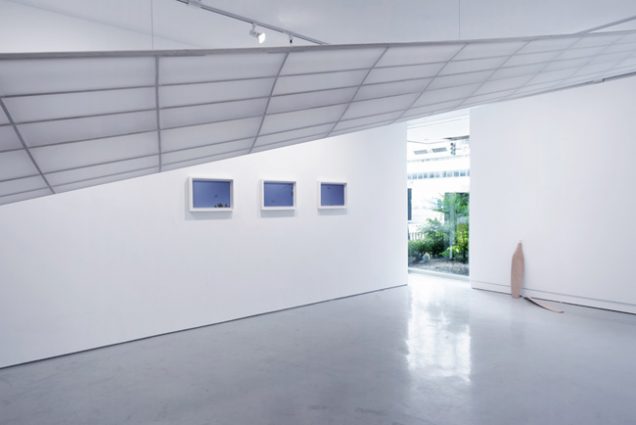 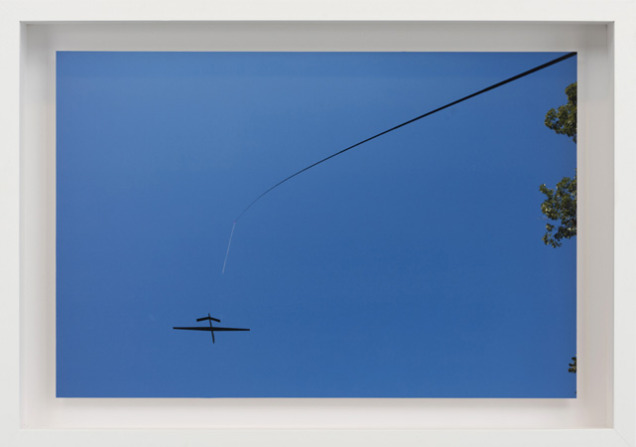 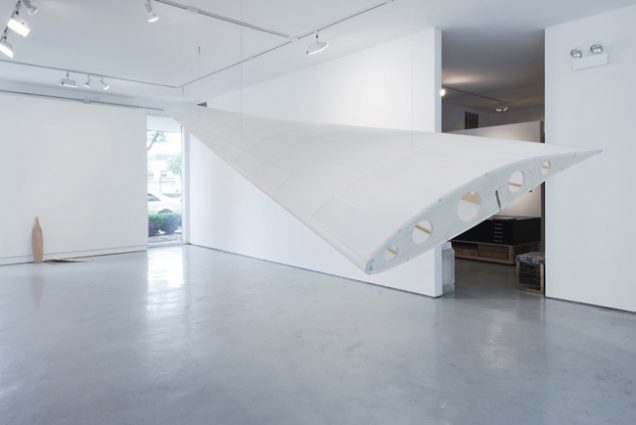 Is it white or is it yellow? What’s the color of happiness? Designer Stefan Sagmeister and artist Iñigo Manglano-Ovalle reevaluate the term, proving that it’s a state of many different shades, existing in either the calm stillness of whiteness or in sparkling sunshine yellow.

In his “Happy Show”, featured in the Chicago Cultural Centre earlier this year, the Austrian-born, New-York based graphic designer welcomes his visitors in his bright yellow “Planet Happy,” he makes them smile, gives them candy, and let’s them ride his bike. With his wit and high imagination turns happiness or the lack thereof into Art through a sometimes painful but without doubt honest confrontation of The Self. Into the everything-yellow galleries, the designer’s eye and colourful personality are ever-present, with his handwritten commentary on pretty much everything. Through a series of happiness confrontations he is experimenting with his guinea-pig visitors, either that is a huge machine shooting yellow (!) advise cards illuminating the road to happiness or a ten gumball-machine installation where they take a gumball out of the corresponding, numbered tubes that eventually reflect the audiences’ happiness levels.

Moving across the gallery the impact of religion, money, marriage, children, sex, drugs, are all graphically hyper-analyzed. Does self-confidence make a difference in happiness? Physical activity? Are married people with children happier than singles? Is reaching the dream salary threshold magically pushing the happy button? Sagmeister examines everything with a couple of projections, smile-activated installations that change colours, more candy and a shiny, white bicycle in the middle on the gallery’s floor. All for the visitors to watch, try, taste, hop on. After playtime, though, it’s time for the real happiness breakdown. And this is where the “hard candy” kicks in. Genetics, life style, psychology are all parts of the happiness hierarchy pyramid right next to a graphic map indicating the levels of happiness worldwide. The visitors seem to have second thoughts about how gorgeous uselessness can be. Or how is an elephant related to psychoanalysis and the exploration of the unconscious. Common sense becomes not so common anymore and the only things holding them not to seriously question everything that believed about themselves until this very day are these, one is already well-aware of, smiling, socializing, being ambitious, self confident and reward yourself. In the end noone can tell if it’s the bright sunshine yellow, crafty Sagmeister’s typing or too much candy. The jam-packed playground is huge, engaged, a bit overwhelming fun.

This is not the case at all at the moniquemeloche gallery. The environment is clean, almost sterile. One could feel the crisp air in the room even in the hot summer heat. Madrid-bord, Chicago-based Iñigo Manglano-Ovalle showcases a different kind of happiness. It’s all clear skies and airplanes. On a single wall hang three photographs of military aircrafts. Turning historical, military objects into Art, the object of fascination is not on the white walls but diagonally suspended from the ceiling. Dominating the gallery space, the “Drone Wing (2013)” is a life-size, three hundred twenty and a half inch replica of a UAV (unmanned aerial vehicle, or more commonly, a drone) wing. Making thought-provoking, bold political statements, Manglano-Ovalle, examines the drone as a symbol, and questions it’s place in more than one levels moving from the international, to the national, the local and eventually the personal.  The ever-present in this case is the drone itself, hovering over the gallery even though it’s not there.

No need for more than six words and the audience find themselves floating on air and into their own thoughts, free and euphoric. The artist’s words read: “Happiness is a state of inertia.” No need for flashy, yellow, explanatory, handwritten comments on the wall, candy that taste like slight sarcasm and self-evaluation, or draining hyperactivity. Sagmeister’s job is well done but Manglano-Ovalle is achieving the unachievable. Thinking out of the box for him is not enough. He gets rid of it and takes happy out of planet happy, out of its comfort zone, out of yellow. Happiness can be white. It can be calm and still, maintaining its position, respect, esteem and ethos. The state of inertia is a very well-thought-of and carefully chosen one, in nature, in art and in life. But, in the end, whatever process or color they choose, the confrontation is no easier. Both Sagmeister and Manglano-Ovalle reach deep proving that this steadiness of mind can be achieved both in a busy playground and flying the blue skies.

The color doesn’t really matter any more. If nothing in life should be monochromatic, why let that be the case of the road towards happily ever after?